Performance of A Midsummer Night’s Dream 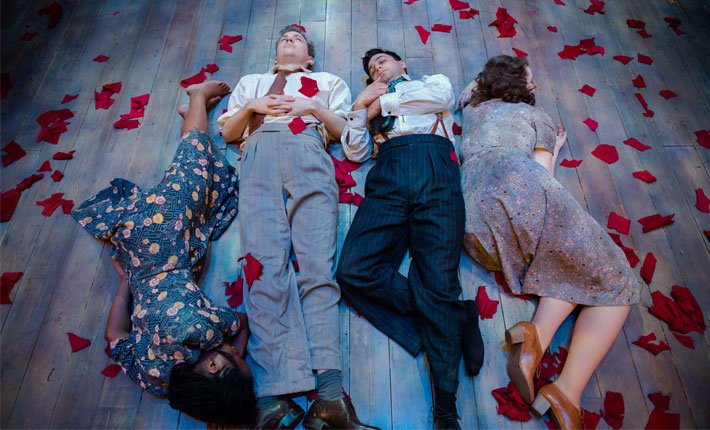 A Midsummer Night’s Dream: A Play for the Nation

Erica Whyman’s ambitious touring production of ‘A Midsummer Night’s Dream’ opened up with the mischievous Puck lightly picking their way across the stage to the tunes of a live, onstage jazz ensemble. Thus the scene was set for a 1940s, post-World War Two staging of one of Shakespeare’s most loved plays, complete with a decrepit wall as backdrop for the war-torn London which, we are told in the programme, is to highlight and parallel the turmoil in classical Athens where the play is originally set.  This perhaps, is not immediately obvious to members of the audience but served as an interesting directorial choice and did not hinder the impact or enjoyment of the performance.

The main draw of this particular production was its use of local amateur theatre groups playing the roles of The Mechanicals, manual workers performing Pyramus and Thisbe as a play-within-the-play. The Tower Theatre Company took on this element for the London shows and will pass on the baton to other theatre groups as the production completes its tour in the 12 regions of the UK. Local school children made up Titania’s train of fairies, which added to the notion of Shakespeare being accessible to everyone and in fact, it seemed to be the message of this production. 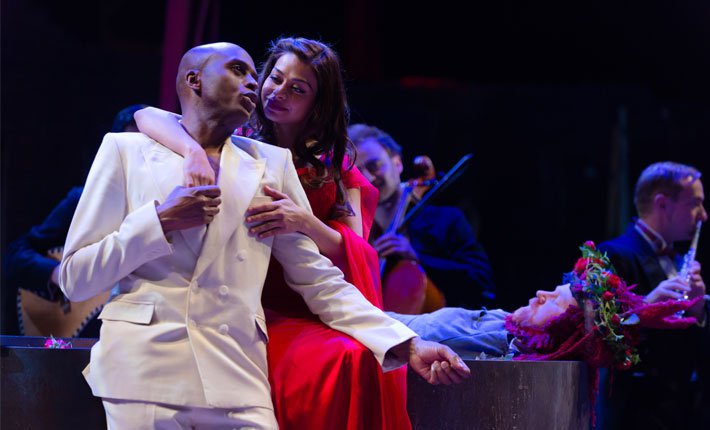 'A Midsummer Night’s Dream: A Play for the Nation', photo by Topher McGrillis

What struck me most about the performance was the seamless melding together of the amateur and the professional, as you could not really distinguish between the RSC’s actors and those of the Tower Theatre Company. However, the use of schoolchildren seemed a little out of place with the staging because of their modern school uniforms and slight unease on stage.

Overall, the performance had good pace, and standout scenes such as the four young lovers bickering in the forest and the play-within-a-play, which both served up a good dose of slapstick comedy. Lucy Ellinson who played Puck and John Chapman who played Bottom, gave stellar performances and stole their scenes from their fellow actors in terms of the physicality of their performance and their comedic timing. The definitely earned the biggest laughs throughout the play from the audience.

It would be tempting to go wild in a production of a Shakespearean play that requires you to suspend your belief and go along with many magical elements. A notable example of this being Emma Rice’s recent production at the Globe. But sometimes an over-the-top production can make you lose sight of the brilliance of Shakespeare’s writing and the realities of a play. Fortunately, this production manages to walk the tightrope between the fantastical and the real with aplomb, and delivers the message at its core: Shakespeare is a national passion and is there for everyone from amateur to professional, young to old, actor to spectator, to enjoy.